What is absorption?
Absorption implies an economic process, as a result of which, an increase in business occurs, that is, one large company appears instead of several less significant ones. The main goal of any takeover is to reduce costs and increase profits. As a result of this process, productivity increases, efficiency increases, which in turn gives the company a huge advantage over its competitors. As a rule, during absorption, one stronger and large company absorbs the weaker one. As a result, a weak company ceases to exist, and all its property and assets pass into the possession of the scavenger company, which becomes even larger. 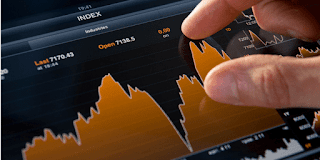 There are only two types of absorption: friendly and aggressive. With an aggressive one, the company buys back the main stake in the other and simply leaves her no choice to be absorbed. An example of such a takeover is the company GOOGLE, which absorbed more than 100 (hundreds) of companies, including YouTube, AOL, Begun, etc.

If the companies themselves make an informed takeover decision on the basis of mutual (and eligible, as well) agreement, this is called a friendly takeover. But there are situations when it is difficult to find out whether the absorption was reciprocal or aggressive, because the absorbers themselves often pretend that everything happened on a friendly note.

Benefits of absorption
The main goal of any takeover is to get a significant advantage from the joint venture. These benefits include reducing the number (it may be partial) of the entire staff (management cuts, marketing cuts, financiers). The company begins to save on wholesale conditions, due to the increase in purchases. The company increases its market share by increasing brand awareness, providing loans on the best terms, as a large company trusts more.

Also, investments aimed at acquiring companies can be classified depending on the degree of liquidity. These are highly liquid when investments quickly turn into revenues. For example, the purchase of shares of large companies (securities), which are listed on the world famous exchanges.