We create a portfolio - experience of the stock market

As a rule, the stock market is very different from the forex market in terms of the nature of the work and the instruments, strategies and indicators used. But sometimes the strategies that are widely used by capitalists to work in their market + are also salutary for the currency markets. One of these mutually beneficial strategies is the formation of a portfolio of currencies. 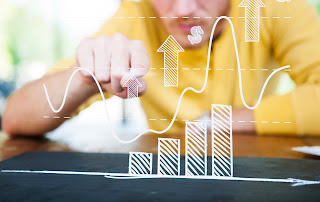 The portfolio of currencies is formed approximately according to the same principles as the securities portfolio. Currency pairs are selected in such a way that in the aggregate in the “basket” of acquired currencies there remains approximately an equal number of currencies with which operations are being conducted at the moment (there are open orders). Why such a strategy? It leads to the fact that in any movement of the market for a currency pair involved in the “currency portfolio”, there will not be any noticeable bias or a large floating loss - if a larger loss is incurred for one currency, a corresponding income will be generated for counterbalancing pairs. Thus, the overall structure of the portfolio remains unchanged, those transactions that turn out to be profitable are closed, those that accumulate unprofitableness are repaid by profitable pairs of correspondents.

Some awkwardness of such trade lies in the fact that it is quite difficult for a trader himself to implement such an algorithm. To do this, as a rule, they use trading robots, which they are charged with forming the portfolio and keeping track of its content, while the trader leaves the flow control over the trade. It is also very important that the portfolio type of trading is more reliable in terms of risk control, but at the same time it is quite problematic if the task is to obtain a maximized return. It is almost impossible to get the highest return with the help of this portfolio: the lower the risks, the lower the profit is the general rule of the market.

In addition, there are special tools and additional mathematical settings that allow you to sufficiently increase the profitability of algorithms that are based on the portfolio. There is a lot of open research into the mathematical analysis of this algorithm and its variants and improvements — so a good programmer will always find something to add to the standard scheme. The trader himself can also trade in such an algorithm without relying on a trading robot, but for this it is necessary both to use the built-in balance control tools in the trading terminal, and to actively maintain its own trading records.
on January 11, 2019