A striking indicator of success in reforming the economy and creating a competitive environment is the volume of foreign direct investment. Successful transformations in the post-socialist countries contributed to the appearance of foreign investors in the domestic markets of these countries, which, in turn, had a number of structural macroeconomic consequences: 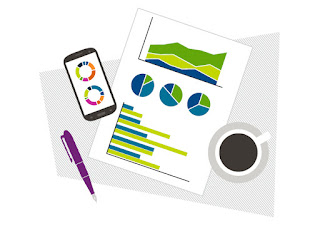 the level of capitalization of national savings and the accumulation of fixed capital increased;
changed the structure of production and exports by type of economic activity;
there was a technological update of production, as well as an increase in the overall dynamics of economic growth.
The change in ownership structure in favor of expanding the non-state part and the ownership of non-residents also worked as a catalyst for market transformations.

The effect of foreign investment largely depends on the form of investment. Foreign direct investment (FDI), which comes to transformational economies, can be conventionally divided into two main streams: investments for privatization and so-called green field investments, or investments built from scratch. In addition, in the economic literature allocate export investment, sent to a particular country in order to use cheap labor. The latter may first be in the form of privatization, but later will require additional injections into the technological re-equipment of already privatized objects in order to set up export-oriented production in order to gain from the difference in prices in the domestic and foreign markets.

The most important macro-structural effects of increased investment activity of foreign capital in the domestic markets of countries with transformational economies are:

an increase in the level of fixed capital accumulation, which is accompanied by the emergence of an investment wave and the formation of a development model in the recipient country of FDI and at the same time is an investment and innovation one;
expansion of the development base;
qualitative changes in foreign trade in favor of investment imports and expansion of the export part of the highly developed countries of the world;
increasing the technological level of production and changes in the structure of production;
increase the export share of high-tech and medium-tech goods;
growth in economic productivity;
strengthening the upward dynamics of GDP.
Thus, among the positive results of attracting FDI, the main ones are:
gaining access to new production and business technologies;
expansion of cooperation with foreign companies;
information exchange;
increasing the level of education and qualification of human resources;
increase employment;
expansion and deepening of the domestic market, combined with its diversification;
growth of the general factor of labor productivity;
the expansion of foreign trade and the like.
on January 15, 2019